The ATO has issued an alert to warn taxpayers that it is aware of arrangements where a discretionary trust is used to effectively funnel large capital gains to a newly incorporated company that is then wound up to avoid paying taxes.

Individual found to be an Australian tax resident

An individual has been unsuccessful before the Administrative Appeals Tribunal (AAT) in arguing that he was not a resident of Australia for tax purposes during the relevant years. The individual was a mechanical engineer and worked overseas in the 2007 and 2008 income years.

The AAT has held that an individual was a share investor, and not a share trader as claimed, during the relevant years.

The AAT has confirmed a decision of the Tax Commissioner that a husband and wife partnership (which was registered for GST) had an increasing adjustment resulting in a GST payable amount following the purchase of two apartments in a hotel complex. 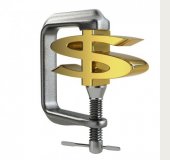 The AAT has affirmed the Tax Commissioner's decision to impose excess non-concessional contributions tax on an individual in relation to excess super contributions he had made in September 2009.

The AAT has held that the Tax Commissioner was no longer bound by a private binding ruling that he had issued to a taxpayer company, because the taxpayer had implemented the scheme differently to the private ruling.

An individual has been unsuccessful before the Federal Circuit Court in seeking a review of the Tax Commissioner's decision to refuse a tax compromise deal. The individual had taken over his father's jewellery business, but said he was not aware of the financial mismanagement of the business until unpaid creditors began calling.

The ATO has issued a GST ruling that sets out the requirements for adjustment notes under the GST law. An adjustment note reflects the adjustment to the amount of GST charged on a taxable supply as a result of an adjustment event.